Because of a technical glitch, my selections for favorite books read in 2014 didn’t quite make it into the annual Stuff We Like edition of Eleventh Stack.

This just means now I get to tell you all about the great things I discovered this year in MY VERY OWN POST.

Funny how life works out that way.

“We are our stories. We tell them to stay alive or keep alive those who only live now in the telling. That’s how it seems to me, being alive for a little while, the teller and the told.” (pg. 1)

Another book that I loved right away was Kelly Corrigan’s memoir Glitter and Glue.  Now, some may say I’m partial to Ms. Corrigan’s writing because, like me, she’s a Philly girl. That certainly helps, but the fact remains that she’s a damn good writer – and Glitter and Glue is a fantastic follow-up (actually, it’s somewhat of a prequel) to The Middle Place. 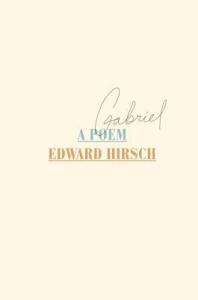 I read a lot of poetry this year, and much of what I read was by poets who were new-t0-me. My favorite poetry book is actually a single poem in book-length form.  Edward Hirsch’s work was among my favorites before 2014, which made Gabriel: A Poem a highly-anticipated read.  A tribute to and reflection on his loss of his son, Mr. Hirsch’s heartbreak cracks your heart open with the grief on every line he writes. 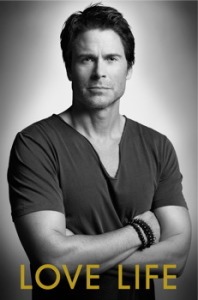 Finally, this was the year of the audiobook – at least for me.  I listened to a total of 20, mostly during my commute to and from my job here at the Library.  (Those minutes sitting in traffic on the Vet’s Bridge really do add up. Who knew?)  Among those who kept me awake was none other than Rob Lowe, who filled my car with long-ago tales of debauchery, a tearjerker about sending his son off to college, and a female co-star who had a difficult time kissing him. (Note to Rob: if you ever find yourself in such a predicament again, drop me a note and I’ll help you out.) Now, celebrity memoirs by people who don’t even need their name on the book cover are usually not my thing, but if you grew up in the ’80s as I did, you might find Love Life irresistible.

What books, music and movies did you find irresistible in 2014?