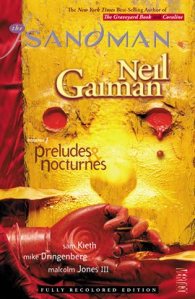 I have been waiting for libraries to carry digital comics for years.

And now, thanks to Hoopla and a few major comics publishers, they do. (Read this for information on why the Library may not have the eBook or digital comic you’re looking for.)

Hoopla now carries comics published by DC, IDW, and more. Image (my current favorite publisher) will hopefully be added to that mix in the near future.

There are a few quirks to watch out for as you browse. Some comics are collected into digital “trade paperbacks” (most of DC’s are like this) and some are available as single issues.

For some comics the series is broken up and you have to look in two different places to find it. (Example: Princeless issue one is here, and the other three are over here.) For others (like Adventure Time), only select issues are available (30 to 36 as of this writing.)

To celebrate this momentous occasion for comic nerds everywhere, I made a list of my top six digital comic picks.

You’re smart, so you probably noticed most of these are DC Vertigo titles. It’s true. I love DC Vertigo. There are so many more comics on Hoopla though, like biographies of Barack Obama and Kate Middleton for young adults, and classics adapted into comic form.

But the best thing about Hoopla? There are no wait lists. Every title is available to everyone all the time. So go on, read some comics!

One response to “Digital Comics Now on Hoopla”