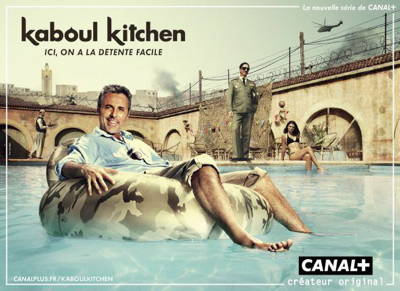 My first exposure to a television show from beyond American shores was a program called Are You Being Served. It used to run occasionally on the local public broadcasting network, and I was both mystified and delighted by it. I was too young to fully understand the humor of the show (which is full of one innuendo after another), but it was different from anything else I saw on television, so I liked it.

I was reminded of this show when a new complete set of Are You Being Served arrived at the Library recently. Of course, the Library owns quite a few BBC programs, but less well known is how many foreign language television shows we have on offer. We have about 60 here at the Main Library alone, and I am a newly minted fan of a French program called Kaboul Kitchen.

Kaboul Kitchen is a half hour black comedy set in Kabul, Afghanistan, in the early oughts. The central character, Jacky, is a sympathetic but dubious type. He is a French expat who operates a restaurant/hotel that caters to fellow expats, and more than a few shady characters. I am only on the fourth episode of the series, but already a string of dodgy individuals have shown up on Jacky’s doorstep, including bootleggers, extortionists, corrupt embassy officials, politicians and shady military personnel.

Of course, this kind of show needs a moral center, so into the Kaboul Kitchen steps the do-gooder daughter Jacky abandoned years ago, who has grown into a headstrong woman bent on challenging authority and championing humanitarian projects (like building a school for girls). All of this probably sounds fairly dark for a comedy, but the show is surprising light and breezy, even while addressing hot button political issues.

This show does not appear to be well known in the United States, which is too bad, because it deserves a larger audience. It was probably never picked up by an American station for a couple different reasons—it is a very international show, and is not told through the lens of an American living abroad. If I have one complaint, it might be that it is told too much from the Western European expat perspective, and I’m hoping some of the Afghani characters are given larger story arcs in future episodes.

If you’re looking for something TV-wise a little off the beaten path, I definitely recommend giving this show a try. And if you’re looking for even more foreign television shows I also recommend: Deutschland 83 (German), The Returned (French), and Prisoners of War (Hebrew).

A Shameless Plug About Shameless 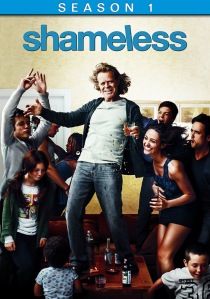 While my regular TV shows are still on hiatus, I thought that I would get into some TV shows that are on my long to-watch list. One of those is Showtime’s Shameless. The show stars William H. Macy as Frank Gallagher, the patriarch, so to speak, of the Gallagher family. Frank spends a lot of his time at the bar so he doesn’t take care of his six children.

The real leader of the family is Fiona Gallagher; she’s the oldest of the children. She’s the mom & dad to the rest of the kids. There’s Phillip (Lip), Ian, Debi, Carl and Liam. This family is no Brady Bunch. Each family member has their own quirks. I’m only halfway done with season one, but I love this show. My favorite characters are Veronica, Fiona’s friend and next door neighbor, Fiona, Lip, Debi, and Ian. This family has a lot of issues, but there’s a lot of love and they are willing to help each other whenever and however they can.

We have seasons one, two, three, four, and five available in our catalog. Season six starts Sunday, January 10th at 9 pm on Showtime. If you have Hulu, you can add Showtime to your plan and watch all of the seasons on there as well. Happy watching!

Must See TV in October 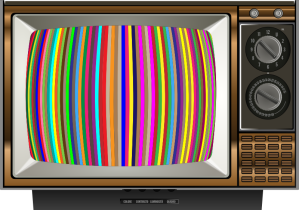 Image by GDJ at Open Clip Art. Click through for source.

Fall means football, changing leaves changing and the return of TV shows!  While some of my favorite TV shows (Empire, How To Get Away With Murder, & Scandal) have already returned, there are some more shows that premiere very soon that I’m excited about:

The last season of The Flash left viewers with a lot of questions. How did Barry’s battle with the Reverse Flash end? What will happen with S.T.A.R. Labs? What will happen between Barry & Iris? Most of these questions will likely not be answered within the first episode. If you wanna catch up on the first season of The Flash it’s available in our catalog.

Olivia “Liv” Moore is a medical examiner who also happens to be a zombie. She applied for the job as a medical examiner so she could have access to brains. Little did she know that when she ate the brains of murder victims, she would get visions that led to discovering how they died. So, with this new found gift she works with the Seattle Police Department Detective Clive Babineaux to help solve cases. Initially I wasn’t going to watch this show because from the trailer I thought that it looked stupid, but it’s actually a good show. Unfortunately, season one isn’t in our system, but the graphic novels that the TV show are based on are available.

Oliver Queen is no longer the Arrow! Well at least that’s what the show’s writers and Queen himself want us to think. I doubt that the fairy tale world of Oliver and Felicity Smoak will last (sigh) We’ll just have to see what happens when the show comes back. Season 3 is available in our catalog along with tons of graphic novels featuring Green Arrow.

Ryan Murphy’s creepy anthology show is back for a fifth season. This time it takes place in a hotel. Angela Bassett, Kathy Bates and Matt Bomer are back for another season. There’s a new face along for the ride this time: Lady Gaga. I’m really interested to see how she’ll do on the show. Previous seasons of American Horror Story are available in our catalog.

What new shows are you watching this season? Which ones are you waiting on to return? Let us know in the comments below! 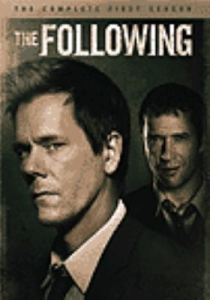 When it comes to popular TV shows everyone always mentions the obvious ones like The Walking Dead, Scandal, Game Of Thrones, or Orange Is The New Black (I watch most of these). One show that I rarely hear come up is The Following. If it weren’t for intrigue based on seeing trailers for the show or word of mouth via Twitter or my Netflix queue, I probably wouldn’t ever know about the show. I’m glad that I know about it now.

The show centers around former FBI agent, Ryan Hardy, (played by Kevin Bacon) who is roped back into a case surrounding serial killer Joe Carroll, who killed fourteen girls. Carroll was an English professor and author with an obsession with Edgar Allan Poe. It then launches into a game of cat and mouse with Hardy trying to find Carroll, but Carroll is always a few steps ahead. Carroll is never alone in his plots. He has a cult of followers who help him by doing various things including committing more murders.

This show is full of terror and suspense. Sometimes you can least expect what’s going to happen next. The show directly references multiple Poe works including “The Raven“, “The Tell Tale Heart“, etc. This show should be getting more attention than it does. It is intriguing, exciting, unpredictable, and sometimes scary. The first two seasons are available in our catalog. The current season airs Monday nights at 9 p.m. on FOX.