Ready for Ready Player One

When I find out a book is being adapted for film, that book jumps to the top of my TBR list, even if it was never on the list to begin with. I can read the book, get swallowed up in the hype for the movie, and when it’s released I can see it and say, with a smarmy air of superiority and a flip of my nonexistent bangs, “Oh, you haven’t read the book? You should tooooooooooootally read the book.” This may be why I have no friends.

Even cats think I can be too smug.

That brings us to Ernest Cline’s Ready Player One and its upcoming adaptation by an obscure director you probably never heard of named Steven Spielberg.

Ready Player One takes place in the year 2044. Most of the world is in pretty bad shape (except for Columbus, Ohio—one of the signs that this is a fictional story). Literally everyone is plugged into a virtual reality utopia known as the OASIS. When OASIS creator James Donovan Halliday dies, it’s revealed that he left behind a series of puzzles leading to to a hidden Easter Egg. Whoever finds the Egg will win Halliday’s real-life fortune and control of the OASIS, like if Charlie and the Chocolate Factory took place inside The Matrix. Naturally, everyone wants to find the Egg, including an evil corporation (is there really any other kind in dystopias?). Our protagonist, Wade Watts, has made it his life’s goal to find the Egg and when he happens upon the first clue, everything changes—both in the real world and in the OASIS.

I’d heard of the book way before I learned about the adaptation, but I was turned off by the novel’s fantasy and gaming aspects. I can say with conviction that I’m not a fantasy nerd. In high school, I read a few Terry Brooks and R.A. Salvatore books and got about three-fourths through The Hobbit, but they weren’t for me. 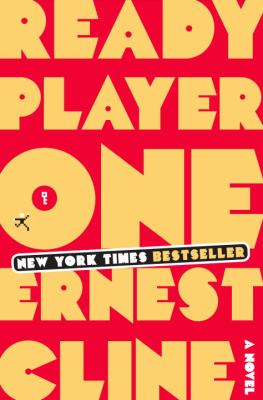 I missed out on the early days of gaming too, but when I got older I enjoyed the Nintendo 64 and GameCube and, like everyone in the 90s, I got swept up in Pokémania. I loved Guitar Hero and Rock Band and still find the LEGO video games immensely entertaining (probably because you get to destroy everything on screen), but I wouldn’t call myself a gamer.

Despite these facts, Cline has crafted a great book that I really enjoyed.  At the most basic level, Ready Player One is a love letter to all things 80s (there’s Ghostbusters and Oingo Boingo references within the first two pages). Halliday’s quest is filled with references to the 80s because he grew up in the 80s. As a result, everything that was popular during that decade experiences a resurgence in the real world because everyone is searching for the Egg. Here’s a handy list of all the references made in the book.

Some may find the characters a bit one-dimensional (bad guys and good guys are very clearly black and white) and be puzzled about just how the real world declined so quickly (we’re living in a time that’s only thirty years away from the events of the novel). While things with the evil corporation get wrapped up a little too neatly for my liking, it in no way lessened my enjoyment of the book. Plus, there are plans for a sequel so maybe some lingering questions will be answered there.

As for the adaptation, I have faith in this project with Spielberg at the helm. He had a part in practically every great movie from the 80s—director of E.T. the Extra-Terrestrial and the Indiana Jones trilogy; producer of, among others, Back to the Future, Gremlins, An American Tail, *batteries not included, Who Framed Roger Rabbit and The Land Before Time; and writer of The Goonies and Poltergeist. If you don’t unabashedly love at least one of those films, I don’t think we can be friends anymore.

If Spielberg can bring us something like his 80s films or even a few of his 90s films (Jurassic Park anyone?), this could be a blockbuster in every sense of the word. He’s on the right track; he cast Olivia Cooke (about whom I’ve previously gushed) as the tough, sure-of-herself female lead.

Ready Player One opens December 15, 2017, so I have plenty of time to speculate wildly about the film and catch up on some of Spielberg’s films that I missed.

Have you read the book? Are you excited about the adaptation? Let us know in the comments below.