As a student of the works and life of Jane Austen and devotee of historical romance, my favorite time period is the Regency era, which roughly falls between 1811 and 1820, when King George III’s son, the Prince of Wales, took over the throne for a time due to his father’s madness. Dubbed the Prince Regent, he was a flamboyant and gaudy personality, and thus the Regency era was born.

But to be honest, I’ll read almost any historical romance if it’s a good story, is well written, and set in England. Except medieval. I do like the etiquette, civilities, and genteel manners of a polite society.

Read on for some recommended Georgian era romances (1714-1830) that I’ve greatly enjoyed. 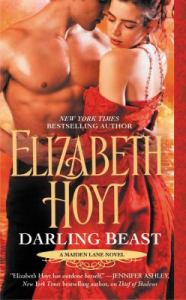 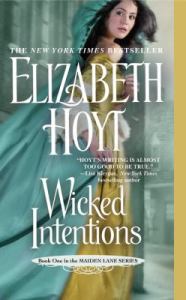 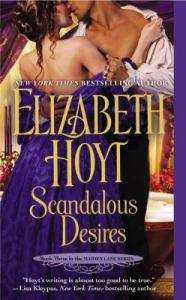 Set in the London neighborhood of St. Giles in the 1730s, this is a gritty, dark, and dangerous series. It’s also breathtakingly romantic. Throughout the series, there is a running thread about the Ghost of St. Giles, a sort of Batman figure who saves the good people of St. Giles from peril. Passionate, raw, and real.

This is the nice and elegant side of Georgian society. Three aristocratic and very wealthy but very sheltered sisters must marry for duty but are hoping to marry for love instead. This was a period in history when romantic love was just beginning to influence the choice of a marriage partner rather than as a mere business alliance between two families. Isabella Bradford is a pseudonym for historical fiction writer Susan Holloway Scott.

A Gentleman ‘Til Midnight, A Promise by Daylight, A Wedding by Dawn by Alison DeLaine 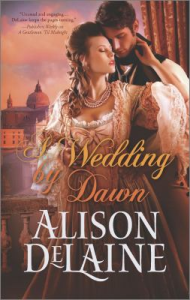 Though these books do not have an official series name, they are all connected by recurring characters. The series features strong and independent women including a female pirate, a medic, and the female equivalent of a lady’s man; I guess that would be a gentleman’s lady? 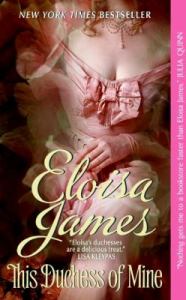 This sparkling and witty series by Shakespearean professor Eloisa James–and also the daughter of poet Robert Bly–is more about social manners and mores in Georgian England rather than true historical romance. The descriptions of the intricacies of ton society, the elaborate headgear and fashions, and the daily life of privilege and wealth in the very upper class is vividly brought to life in a very snappy and snarky way.

I’ve been late to the party when it comes to reading a lot of popular books, but when the book is one in a series that usually works to my advantage- no waiting for the next one to be written!  There are few things I love more than finding out that the book I’m enjoying is the first in a series, because that means I’ll have months of no thinking about what to read next.  Of course, half the series I fall for don’t have numbered titles, and trying to figure out the order of the books isn’t always intuitive.  The What’s Next Books in Series Database is basically my favorite website in the world at times like this, because all you need to do is type in the author’s name, or the book or series title, and it gives you a list (in order!) of all the books in the series.  Genius.  You can even just search for series in a particular genre, if you don’t have a book in mind but are looking for a new series to obsess over.

While I bide my time waiting for George R.R. Martin and Patrick Rothfuss to write the next book in their series, I’ve been immersed in the (fairly ridiculous, but also addictive) Outlander series.  However, I’m always looking for suggestions!

I have blogged in the past about why I like to read series books. If you like to read popular fiction and you have favorite authors, series books are often their profit-makers. Sure, most authors like the challenge and do occasional stand-alone titles. Take Harlan Coben, whose Myron Bolitar sports agent/lawyer series started his writing career.  Myron still gets to headline a new story every few years or so, between Coben’s complex standalone novels.  But even these stories share settings and subsidiary characters with each other and with the Bolitar books.

There is a comfort in dropping in on the lives of characters you have come to know and love (or hate) over a sustained period of time.  Characters evolve.  They and their relationships grow and change.  Series cover all genres of popular fiction – action, suspense, cozy mysteries, science fiction, and romance, etc. With series books you look forward to their annual publication, carefully track reviews, place your reserve so you can get the book early, and then chat with friends to see if the book met your series expectations.  When you read series, you realize that some books are better written than others as the “plot” may not be as gripping, or funny or sad or compelling as others, but does it really matter when you are entertained just by the experience of reading?

Here are three recent titles from some of my favorite series:

Stung by the murder of long-time assistant pathologist Jack Fielding in Port Mortuary, Kay jumps into an investigation in Savannah leaving Benton, Marino, and Lucy behind in Boston.  She’s off to find out about the killer by visiting the murderer’s mother at the Georgia Women’s Prison where she is doing time for murder, too. Kay soon discovers that Marino, who is supposedly on vacation, is also in town, helping former colleague, NYC prosecutor Jamie Berger, with her first independent case for the defense– trying to clear another woman at the prison who is on death row and scheduled for execution.  In just three short days Kay and Marino are surrounded by bodies and are called upon by the local coroner to assist with the investigation which ties these disparate cases – the only common denominator being the prison.

Critics complain about Cornwell – too much psychology and not enough forensics; she doesn’t pay attention to continuity and details; should she write in first person or third person; Kay’s lost her humanity – she’s so unkind and bitter to everyone; she should put the spotlight on the cases and not the characters . . . but to my mind that’s what makes it worth reading the series.  Kay has been through a lot since 1990 – change happens.

Sometimes when you read a series you have to go back to the very beginning.  Several years ago I started to read the Virgin River Series by Robyn Carr.  # 17, Hidden Summit, has just been published and it’s sitting on a shelf at home calling to me.  But the last book I read is from the connected Grace Valley series, which she first published in 2003.

Strong storytelling carries Carr’s series.  Small towns are populated by unique, independent men and women – the lawmen and lawyers, the medical personnel, the homemakers and the babies, the randy teens, and the preachers, the cooks and florist, the ranchers and farmers, the campers and the pot growers.  Many of the stories focus on returning war veterans re-assimilating into society, all choosing the picturesque communities of northern California where around every mountain curve is a beautiful view and lives touched by joy, tragedy, danger, intrigue and a true sense of community – where everyone knows everyone else and they care about and take care of each other.

Medical emergencies in Virgin River often result in trips to the nearby hospital in Grace Valley.  And that’s where the whole series started.  The Grace Valley Trilogy centers on town Doctor June Hudson – she has dedicated her life to her practice and her town.  She is pushing 40 and has given up hope of ever having a family of her own, until undercover DEA agent Jim Post begins a secret liaison with June that will forever change her life and fill it with new possibilities.  In the last of this series, Down by the River, June’s high school sweetheart returns to town with his delinquent sons. Add a flooding river and the whole town has to pull together, with June leading the way to save the day.

Now we come to my favorite book of last year, New York to Dallas.  Back in 1995, romance / romantic suspense writer Nora Roberts wanted to try her hand at a different genre – police procedurals with a twist.  Her publisher suggested she write these under a pen name since they were such a departure from her previous stories.  When they first came out I admit that although I am a big Nora fan, I could not countenance myself reading stories set in the late 2050s New York after the urban wars, but after reading #1 Naked in Death, I was hooked!  This is a series where character detail, continuity of character, setting, intriguing plots with despicable villains, and the development of a loving relationship over time between the two main characters have sustained the stories.

The series focuses on New York Police and Security Department detective Eve Dallas, and her Irish husband Roarke, a powerful, tech-savvy, mega-billionaire entrepreneur who often assists with her complex homicide cases as a professional civilian consultant.  Both Roarke and Eve come from tormented childhoods.  Eve was an abused child who grew up in Dallas Texas foster homes and Roarke was a petty thief, making his way by cunning and wits on the streets of Dublin, Ireland.  How these two people from vastly different backgrounds find each other, love, trust, marry, and struggle with their personal demons plays out through the series. At the NYPSD, Eve’s loyal squad includes detective Delia Peabody, IT Captain Feeney, and criminal profiler Dr. Mira.

In New York to Dallas, Eve finds that she must track a serial pedophile who brutalizes young girls to her home town of Dallas.  Eve is a fish-out-of-water without her normal department support system. With only Roarke by her side, she confronts a case with a twist of fate that makes her horrid past and her present life collide.  The story is so simple, yet so complex and compelling, that the stunning ending is a new beginning for Eve and Roarke. Wow.