This time of year it’s hard to go out into the world without being bombarded by holiday music; whether you’re a fan or not, it can get tiring hearing the same tunes over and over again. As a balm for the holiday music assault, our music and film specialists at the Main Carnegie Library offer these suggestions for seasonally appropriate music that’s a little off the beaten path. Read their suggestions below!

“Christmas in Jail” / The Youngsters

I’m actually a fan of holiday classics like Nat King Cole’s Christmas album. But when I need a change of pace, or want to put my dancing shoes on, nobody gets me in the holiday mood like James Brown. We also have a lot of soul holiday compilations, available on CD or through Freegal, with hidden gems like Pearl Bailey’s “A Five Pound Box of Money.”

Though Hansel and Gretel does not have a Christmas theme, it is often staged by many opera companies, including the Metropolitan Opera, at this time of year.  It does have gingerbread cookies… well, ok, children turned into cookies.  The music is fantastic and instead of Santa you get a creepy witch.

If you think Tchaikovsky needs a little swing, then Duke Ellington’s “Nutcracker Suite” from his album Three Suites  is for you.  Ellington and Pittsburgh’s own Billy Strayhorn put their stamp on a holiday classic.  Try the “Sugar Rum Cherry” track for a sample. 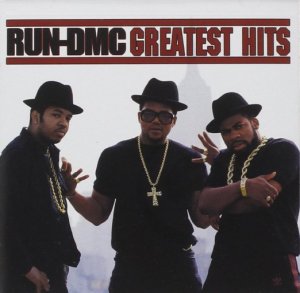 “Christmas in Hollis” is a cheerful song about the benefits of not stealing Santa’s wallet – though now that I think about it, the song never does tell us how Santa got his driver’s license back (it must have been a Christmas Miracle). It also mentions macaroni and cheese, and is featured in my favorite Christmas movie of all time, Die Hard. 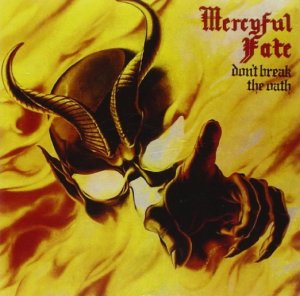 I made my feelings known about the month of December in my Deathcember blog post a few years back, but I am still happy to help you find either the wholesome Christmas with Perry Como album or a blasphemous album by Mercyful Fate.

My Kind of Christmas / Christina Aguilera

Whenever I need a break from traditional Christmas song fare, I listen to the fabulous remix version of Mel Torme’s “Christmas Song” (you know…”chestnuts roasting on an open fire…”) as conceived by Christina Aguilera on her My Kind of Christmas CD!  It’s a thrilling combination of driving rhythm track with a smooth, slow melodic line on top! How about combining a traditional Latin text with a non-traditional 20th century poly-tonality (different keys + major and minor all at the same time), sung by a choir?  Check out Daniel Pinkham’s joyous “Gloria in Excelsis Deo” from his Christmas Cantata with the Washington Chorus and National Capital Brass on CLP’s Naxos Music Library streaming site.  Listen for the tremendous high B in the tenor section on the last chord!

These CDs include seasonal folk songs collected and arranged by Ruth Crawford Seeger which were first published in a songbook called American Folk Songs for Christmas in 1953. Ruth’s children, Mike, Peggy, and Penny Seeger recorded a double CD of these carols (released in 1989). Ruth Crawford Seeger’s step-son Pete chose three songs from her collection for his 1967 recording of folk carols. 61 years since the songbook was published, the selections and arrangements remain fresh and uplifting. 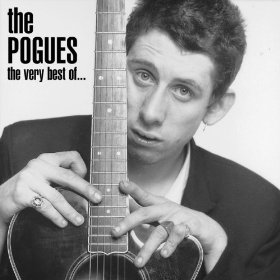 Fairytale of New York / The Pogues

This story of a man spending Christmas Eve in the drunk tank, thinking about a relationship torn apart by alcoholism and addiction, is one of the most popular Christmas songs in the UK. Performed in the style of an Irish folk song, the duet is sung by the Pogues’ lead singer, Shane MacGowan, and Kirsty MacColl, daughter of legendary English folksinger Ewan MacColl.