I’ve always liked rats and mice. I was indoctrinated young, raised on Disney, and Hollywood’s apparent pro-rodent agenda has completely brainwashed me. It’s a wonderful luxury when you think about it. I imagine in other places of the world rodents may directly threaten someone’s livelihood or cause horrible sanitation problems.

But I hit it big in cosmic roulette so I am free to enjoy the anthropomorphizing of the lowly rodent.

The library has a lot of cool stuff to help us get behind rats and mice.

Up first is a classic, Mrs. Frisby and the Rats of NIMH. Real rat fans will call me a fink for not knowing about this book until recently. I had seen and loved the animated film adapted from this book, Secret of NIMH, but I had not known about the book until I happened upon it in the library. The movie made several large alterations from the original story. The book doesn’t have any magic stones and Nicodemus is not some sort of wizard in the original. All in all, the changes made it a more interesting read. I enjoyed the more realistic take of the book. Like a lot of great children’s literature, the book is very deep and makes an older reader ford some deep waters while grappling with issues of sentience and survival.

And the movie of course. 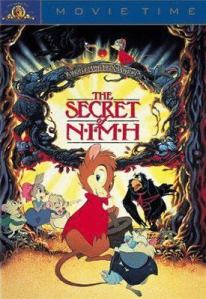 Dom DeLiuse kills as the crow Jeremy. The traditional animation is top notch but parents should be a little cautious. This film is a bit violent and maybe a little too scary for younger kids. The rats are really, really cool. 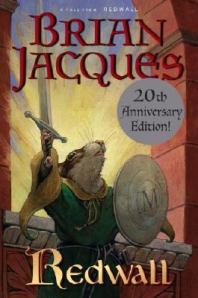 Brian Jacques is the undisputed king of rodent fiction. Beginning in 1986 with Redwall, Jacques has penned well over two dozen books set in a fantasy world stocked with talking mice, rats, badgers, etc…

David Petersen’s Mouse Guard combines some of the best elements of Jacques and O’Brien to create a darker fantasy world where the mice live in a constant state of siege. The illustrations are stunning. Petersen depicts nature and the seasons so well I can almost smell the dead leaves when reading the first collected volume of the series, Mouse Guard Fall 1152. If you only read one graphic novel about talking mice defending their homeland this year then this should be it. Seriously though, this book is awesome. There are some gorgeous panels depicting a desperate battle with mouse against crab.

Another fresh take on the genre is Robin Jarvis’ The Dark Portal. Set in the small and dark places of London’s underbelly, this novel features occult elements and some epic apocalyptic battles. The trilogy continues with The Crystal Prison and then finally, The Final Reckoning.

But I am terrified of rats and mice, you say.

CLP has that covered too.