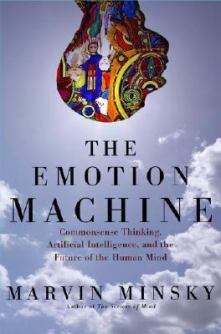 On Sunday, December 13th, the Black Holes, Beakers, and Books: Popular Science Book Club will conclude its Fall 2009 Mortals & Machines series with the book The Emotion Machine by Marvin Minsky. The Emotion Machine is a call for a “back to basics” approach to using the human mind as a model for artificial intelligence. Marvin Minsky finds his academic home at MIT, where he is a scholar of cognitive psychology, robotics and artificial intelligence, among many other things. He is tentatively scheduled to speak to the book club in a teleconference on the day of our meeting.

Our meetings are always free and open to the public, so feel free to stop by! 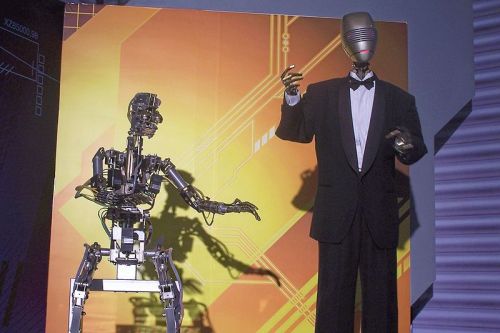 Pittsburgh, once a city of soot and steel mills, is now a city of transistors and automatons, a virtual “Silicon Valley of droid design.”

Indeed, within the last several decades Pittsburgh’s numerous knowledge institutions and industries have made the city a central player in the world of robotics. The Carnegie Mellon University Robotics Institute, for instance, is the world’s premier institution for robotics research and training. Recently, the Robotics Institute helped form The Robotics Corridor, a collaboration between local colleges and universities that has developed robotics certification and associate’s degree programs in anticipation of an increased need for robotics specialists in the near future. And local robotics companies, such as Seegrid Corporation, Automatika, Bossa Nova Robotics, American Robot Corporation, and RedZone Robotics, all contribute significantly to the development of robotics technologies locally and worldwide.

If you’re not training in robotics or working in the industry, you can still enjoy developments in the field by visiting a number of fun robot friendly organizations throughout Pittsburgh. First, stop by the Carnegie Science Center’s latest robot exhibit, RoboWorld. Then, visit Carnegie Mellon University’s interesting Robot Hall of Fame. From there it’s just a short walk to the Library to talk science with the Black Holes, Beakers, and Books: Popular Science Book Club. This fall we’ll be reading and discussing the following three books about robotics in a series called Mortals & Machines:

August 9th, 2009 — The Singularity is Near by Ray Kurzweil — Featuring Ph.D robotics student Mark Palatucci of the CMU Robotics Institute as a guest discussant.

December 13th, 2009 — The Emotion Machine by Marvin Minsky — Guest discussant/speaker to be announced.

And now, for your pleasure, a robot violinist: