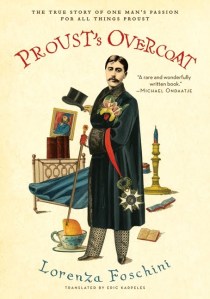 Collection is obsession.  It is a perfect illustration of the 2nd of the 4 Noble truths of Buddhism: the origin of all suffering is attachment.  Following, as it does, the 1st Noble truth – all life is suffering – possession doesn’t portend well when one ponders the concept of transcendence.

Obsession, as we all know, is never good for you.  Even those of us who have one (or more) know this well.  In fact, one may convincingly argue, no one knows it better.

Book collection, in particular, appears to be a particularly virulent strain of obsession.  Those of us in the business see it all the time.   Many of us fall victim.  One minor off-shoot of this type of thing is reading about others with the same obsession.  It temporarily takes our minds off our own nagging preoccupations and – who knows – one might pick up some tips for future use.

Proust’s Overcoat, a slim little addition to the field of bibliophilia, is something of an obsession about obsession.  How so?  Well, Proust’s great masterpiece, In Search of Lost Time (fka Remembrance of Things Past), is itself a novel concerned, among other things, with obsession, most notably in the form of love.  There is Swann’s obsession with Odette.  There is Baron Charlus’s obssesion with Charles Morel. There are the narrator’s myriad obsessions: first with his mother; next with Gilberte; with the Duchess de Guermantes; with Albertine, and, finally, his obession with capturing all of life, all of the past, in the work which became the novel we may now read.

Then there’s this little book, Proust’s Overcoat, the 120 page memoir of Jacques Guérin, who is obsessed with all things Proust.   The oddness of just how Guérin acquired his vast collection of author booty is fascinating.  The thrill of the chase is intriguing, what was lost to jealousy and hatred positively scandalous, and what was acquired, including the eponymous overcoat and the entire contents of Proust’s room, including the bed in which he composed his 7 volume, 3500 pages plus magnum opus, simply mindboggling.

I won’t reveal all the details, sordid or otherwise.  How Guérin’s obsession began, what role the overcoat played, the odd and wonderful (and famous) characters he met along the way, are all herein revealed. I will say that just before his death at 93, Guérin finally disabused himself of his most coveted worldly possessions, for which he received a sum that could hardly be spent in any number of lifetimes.

You can still see, however, one truly amazing array of what Guérin amassed in the Musée Carnavalet in Paris: the contents of Proust’s bedroom.  Alas, the overcoat, which Proust used as a blanket on his bed while writing his novel -the heat was always off in his room due to his severe asthma and allergies – is too worn for public display (how it got that way  is incredible in and of itself). 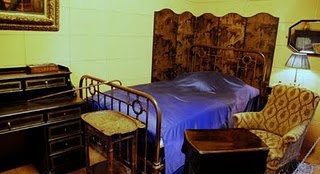 One hardly need read this 120 page book or all 3500 pages of In Search of Lost Time in order to understand the nature of obsession, but it certainly doesn’t hurt and I highly recommend them both.   If you’d like something a little briefer, in this case by a classical master of haiku, these 11 brief words cover the entire topic very nicely:

PS.  If you’ve ever wanted to dip into In Search of Lost Time and were just too intimidated by it all, I highly recommend the graphic novel adaptations by ﻿Stephane Heut, which might also appeal to high-end obsessors, as the translations are his own. 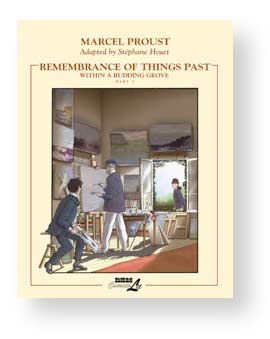 It is common wisdom that we are all greatly affected by the things of our childhood. Our families, parents and siblings, our friends, our environment, where we lived, what we saw and felt and did, all played a role.

And what we read.

As a young boy, the first books I read were biographies, frequently of 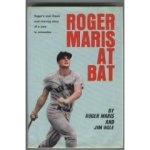 sports heroes, such as Sandy Koufax, Jackie Robinson, Duke Snider, and Roger Maris. These books were simple extensions of what I enjoyed everyday, in “real life”; for a time, baseball was everything.

Later, I found out there were books you could read on your own that told stories. After “Treasure Island” and “Kidnapped” and “Ivanhoe,” I discovered that there were modern books that could be read for pure enjoyment and a mania for the Hardy Boys began. It became such a jones that my father took me once a month by bus to the “big city” (Elizabeth, NJ) to visit a used bookstore, where hardcover copies could be bought for anywhere from a nickel to a quarter, depending on condition. This was before the famed pictorial Hardy Boys covers, so they were all a shabby grey/tan and brown, without dust jackets.

Reading something more contemporary was just the ticket. Though hardly resembling anyone I knew in real life, it was easier to imagine myself as the plucky Joe or handsome Frank of the Hardy clan than the beleaguered David Balfour of 19th century British fiction, even if the Brothers Hardy never seemed to have to ride the bus or walk to school or frequent used bookshops to make those nickels go further.

Yes, it was slim pickins’ in teen fiction back in the days before the dinosaurs. Still, we didn’t know what we were missing because, frankly, it hadn’t arrived yet.

Time came when this love for adventure novels, as well as a rapacious appetite for comics and Mad Magazine, morphed into something else altogether. For me, that something was literature. And, fortuitously enough, I can actually place the moment. Let me explain.

To this day, I have less than a handful of pictures of myself before the age of 20. One of the pictures I do have, however, is of me in the high school cafeteria, reading a copy of “Lost Horizon.” That particular moment is indicative of a bigger moment of discovery.

“Lost Horizon” had swept me away. It was exotic, strange, mysterious, and something else; it was a quest, a quest for meaning. When I look back on this little masterpiece, I find many of the elements of things that would become very important in my life;  an interest in Eastern culture, in a life of the mind, in things mystic and lyrical and “other.” What probably could have been simply labeled a bit of escapist fiction for a teen not much comfortable in his own skin – and, really, it is the rare teen who is – became an introduction to the world of literature not simply as entertainment but as avocation.

When we look to the great books, we are, in fact, often looking for ourselves. We measure who we are or who we want to be or who we have become against those characters we find living and breathing within those pages. When I was ten years old, did I have Joe’s moxie or Frank’s savoir faire or David Balfour’s courage? In my early teens, could I share Hugh Conway’s desire for something beyond the veil? Later, would I know Nick Carraway’s shame, Leo Bloom’s compassion, or Henry Haller’s despair?

Might I even transcend time itself, like a certain sensitive anonymous narrator, in one of the greatest novels ever written?

The answer to all these questions is yes, I did all these things and more.

My avocation became a vocation; I became a librarian and have been now for over 30 years. I literally found myself in books and have been lucky enough to be able to share that richness with others each and every day.

And it all started, more or less, right here: 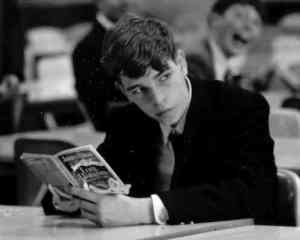 Notes from a Sick Room

During an ongoing, week-long battle with a virulent batch of Pennsylvania brand flu, my doctor’s advice was simple: plenty of liquids, bed rest, pain reliever of choice, sleep, soup, etc. In other words, exactly what Mom always said.

Which, of course, translates into: time to self-medicate!

There were three creative artists that got me through this week, standing as they did at the foot of my bed like the three angels in Procol Harum‘s ode to the near-death experience, Juicy John Pink: Marcel Proust, David Lynch, and Robert E. Howard.

Proust, a neurasthenic who makes hypochondria look like an Olympic sport, is the perfect sickbed companion. Currently in the thrall of the last volume, Finding Time Again, of his monumental In Search of Lost Time, I spent a great deal of my time in surreal reverie, floating freely among endless sentences and phrases modifying constructs seemingly chapters apart, as all time came together and drifted away, all threaded together with regulated doses of Tylenol and 55-gallon drums of chicken soup.

And surreal doesn’t even begin to describe the auteur David Lynch’s Twin Peaks: the Gold Box Edition; suffice to say that, for 29-plus episodes, a bedridden flu victim could put aside the chicken soup and, at least in one’s mind, dream of endless servings of huckleberry pie (and murder, intrigue, and Log Lady’s zen-like approach to early 90’s tv).

Finally, what would staying home sick be without the comfort of a comic or graphic novel when the printed word or surreal video becomes too overwhelming? Childlike, I retreated into the arms of the ultimate hero, Conan the Barbarian, and, yes, found much comfort there. There is nothing confusing for Robert E. Howard’s most famous hero; good and evil, wrong and right, all is as it should be, at least in the land of Aquilonia after the fall of Atlantis but before recorded history.

I spent a great deal more time than I should have thinking about the relationships between these 3 creative artists, aside from the obvious fact that they are all available at the library (and, at the time, were standing at the foot of my bed). I found my conclusions rather unsettling, and had only to remind myself that my illness-addled brain was obviously seeing things that weren’t there.