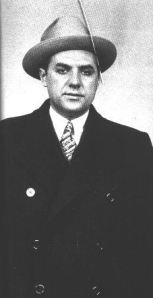 Information is everywhere.  One of our primary sources of information at the library is our customers.  We learn things from them, a/k/a you, every day.

A few weeks back while on the desk in the Music, Film, and Audio Department, I received a call from one of our regulars who is a repository of information that crosses all disciplines.  When he calls, it is not infrequent that he might ask about a Broadway tune, a 70s TV series, a Puccini aria, a grade B 50s sci-fi classic, or any other multitudinous areas of inquiry. 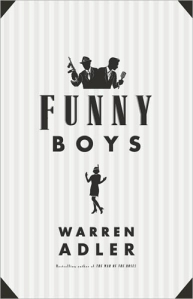 connections between the Catskill resorts and the Mob.  I ran the special down on Shalom TV.  It was hosted by the novelist Warren Adler with guest star comedian Stewie Stone. At the time (September 2008), Adler was promoting his new novel, Funny Boys, set in the Catskills and peopled with real-life characters.  Adler mentioned  a particularly vicious member of the infamous Murder Inc. gang, whose name was Harry Strauss, otherwise known as “Pittsburgh Phil.”   Though Adler called Strauss by the nickname, no explanation was given as to why Strauss was called “Pittsburgh Phil.”  Our customer wanted to know if we might have any ideas where he got the name since, evidently, Strauss was born in Brooklyn?

I told him I’d see what I could do.

I scoured the net.   I pored through encyclopedias of the crime and popular circulating titles, I called in books from various county libraries that might provide a clue.  I spoke to our notoriously astute Pennsylvania Department, the mavens of Pittsburgh history at the Main library, all to no avail. The sources all mentioned “Pittsburgh Phil” Strauss.   Many volunteered the fact that Strauss had never even visited Pittsburgh.

None mentioned why the moniker, though two posited a thought.

The most information I found was in the 3rd edition of The Mafia Encyclopedia, an extensive, grisly, three page, double-columned entry entitled “Pittsburgh Phil (1908-1941) Murder Inc.’s premier hit man.”   Strauss 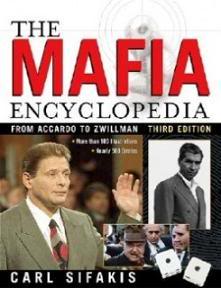 was one mean, nasty character, who was tied to at least 100 victims (some estimates run over 500), more than the rest of the gang knocked off combined.  He killed any which way: knife, rope, gun, ice pick, all tools in Phil’s repertoire.   Most of the stories I learned of I dare not even recount, particularly the one about the corpse he sunk to the bottom of a lake tied to a slot machine.

In a somewhat eccentric twist, Phil was known as something of a dandy, always impeccably dressed in expensive suits.   Once during a lineup, NY Police Commissioner Lewis Valentine observed of Phil: “Look at him!  He’s the best dressed man in the room and he’s never worked a day in his life!”

Harry “Pittsburgh Phil” Strauss was finally taken down by

possibly the most famous stool pigeon in mob history, fellow Murder Inc. member Abe (“Kid Twist”) Reles.  Reles, a ruthless, coldblooded killer himself, turned state’s evidence giving up enough to mark Strauss for the chair.  Unfortunately for him, he didn’t live long to tell about it.  His story is recounted in the book The Canary Sang But Couldn’t Fly, the title of which sums up Reles’s fall from a six story window while in police custody.

Still, source after source either ignored or outright admitted to not knowing why Strauss was called “Pittsburgh Phil,” aka “Big Harry” and “Pep.”   I found out that he made it on to the radar of arguably the greatest American crime 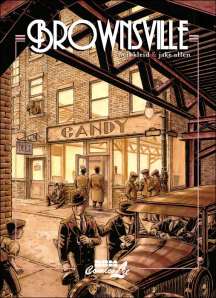 writer of the 20th century, Raymond Chandler.  He was mentioned in this letter by Chandler to Hamish “Jamie” Hamilton and even gets a nod in the opening paragraph of Chapter 24 in Chandler’s classic novel The Long Goodbye. He even makes a lengthy appearance in Neil Kleid’s graphic novel Brownsville, pages 44 through 48.

To add to the conundrum, while researching Strauss I ran into another, previous “Pittsburg Phil.”  Here is the 2nd dapper lad: 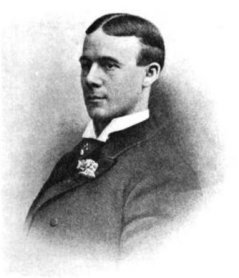 George “Pittsburg (or “Pittsburgh”) Phil” E. Smith was a famous handicapper, so famous that a book of his system was put out after his death in 1905 (you’ll find some of his maxims here).  He was described as “the founding father of horseplayers.” Phil was said to be worth 5 million dollars at the time of his death.  He was born in Sewickley and lived in Pittsburg during the brief time period when we had shed our culminating “h” (1890-1911); in fact he lived two doors down from Daniel and Maggie Rooney, Art Rooney’s parents, as documented in the 2010 biography entitled Rooney: a Sporting 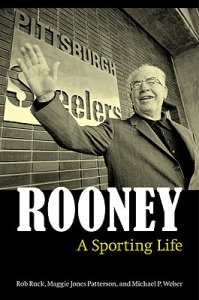 Life.  He died four years before the birth of Harry “Pittsburgh Phil” Strauss, but his reputation lived on and on.  A sizable New  York Times obituary attests to his widespread fame.  Charles Bukowski wrote a piece on the horses called “Pittsburgh Phil & Co,” included in his collection South of No North. He remains one of the most famous gamblers and handicappers of all time and surely his name was a household word during Harry Struass’s heyday in the Murder Inc. gang, the 1920s.    The picture above shows him to be a well-turned out, fancy dresser.  For amazing pictures of Phil’s mausoleum gravesite, showing a life-sized statue decked out to the nines (complete with racing form), and still more information, check out the post on the thoroughbred racing history website, Colin’s Ghost.  In all this searching, we even discovered a novel based on the life of George E. Smith entitled, of course, Pittsburgh Phil.
The connection, still, seemed tenuous at best.  I could find nothing in writing, no proof that the mobster Harry Strauss was nicknamed after the gambler George E. Smith, though both were snappily attired.  I could only speculate.

Two sources ventured a guess at where Strauss got the nickname “Pittsburgh Phil,” though at first glance those guesses seemed diametrically opposed.   In

Murder Inc.: the Story of “the Syndicate,” Burton Turkus and Sid Feder posit the following: “Harry Strauss was one of (the national crime cartel). They called him Big Harry and Pep and, mostly, the called him Pittsburgh Phil, because he was a dandy of the outfit.”  Indeed, Strauss was sharp dresser, as confirmed by Brooklyn native and comedian Alan King in his book, Name Dropping, but how does that connect with the name “Pittsburgh Phil?”  Could that one picture I saw of Smith be the connection?

The second source, Tough Jews by Rich Cohen, gives the

following description of Strauss: “(In high school) they called him Big Harry – he really was very big.  Or Pep – he could be the kind of friendly that demanded a cute diminutive.  Or Pittsburgh Phil – it sounded tougher and more interesting than Big Harry or Pep.”

Was it the sharp dressing that connected Strauss to Smith, two dandies in two unsavory professions?   Did Strauss have an undocumented passion for the horses, thus connecting him to the famous handicapper?    Calling a tough guy named Harry “Phil” just for its alliterative qualities is highly unlikely, to say the least.  It must have been a nickname he liked – it’s doubtful anyone would call him anything intentionally to make him cross.

I ran across one last curious bit of information which kept the fire burning.  On Google Books, I found a citation for “Pittsburgh Phil,” (Geo D. Smith) in the Brooklyn Citizen Almanac for the year 1894:

Circumstantial evidence for a city, Brooklyn, whose population was just over 800,000 in the 1890s, that Phil’s reputation might spread locally?  Pittsburg Phil the handicapper already had a well-known reputation well beyond his hometown environs.  Having virtually moved to gangster Phil’s neighborhood certainly could only help the theory that the hood was named after the gambler.  It is hardly a stretch to think the criminal world would be particularly interested in one of the greatest handicappers of all time.

Though the mystery is hardly solved, narrowing it down to these two choices, with all the interesting circumstantial evidence, definitely made the ride worth taking.   Our customer sure thought so.  He liked the dandy theory of a couple of sharp dressed men sharing  a name if not a predilection.  And I kind of like that theory, too.   How about you?

And one last thing; I wonder, too, what Chandler and Bukowski might have thought.