East of Liberty Screening on February 2

Carnegie Library of Pittsburgh and Eleventh Stack are celebrating Black History Month by highlighting books, music and movies by African American Artists. We also have a ton of great events and programs for children, teens and adults. You can view all of our Black History Month posts here.

Although the changes to the demographic and socioeconomic makeup of East Liberty have been coming for quite a while — the Whole Foods has been there for 14 years! — the rate of change seems to be increasing exponentially these days. It can feel as though every week brings a new large scale real estate development or business moving into the neighborhood.

The north- and west-facing windows of the the office that I work in, located on the second floor of our East Liberty branch library, have proven to be a good vantage point to watch some of these changes unfold. In the two and half years since my department has occupied this space, we’ve seen the vacant 1909 YMCA converted, at great expense, into a boutique hotel; a Jordan Monahan mural that had become something of a neighborhood icon painted over as a new tenant occupied the old Novum Pharmaceuticals building; and, at the Penn Plaza apartments across the street, tension has grown between tenants of the apartments and the owners of the development who wish to evict them so that they can further develop what has become a very valuable piece of real estate.

Watching all of this change from an office window is one thing, but to really understand a neighborhood, you have to talk to the people who live there. Filmmaker Chris Ivey has been doing just that from the early days of the redevelopment of East Liberty. As he describes on his website:

“I was hired to document the tearing down of the high rises. At the same time I interviewed some of the residents who lived in the high rises and they weren’t happy at all because of the spectacle that was before them. They were really angry. It was their home, it was where they used to live, some for 30 years or more. Even though in many ways it wasn’t the best place to live it was all they had and to see strangers having fun by shooting paintballs at the block left them furious.”

Over the past decade, Ivey has been working on a film series called East of Liberty. So far, the series includes “A Story of Good Intentions,” which follows residents who were displaced from the high-rises that were demolished to make way for much of the new development; “The Fear of Us,” which highlights the experience of business owners who are fighting to remain open as new businesses emerge to appeal to a changing demographic; and “In Unlivable Times,” which is about youth culture.

Chris Ivey will be screening “In Unlivable Times” at CLP – East Liberty on February 2nd, starting at 6pm. This film, which portrays inner city youth in their own voices speaking about their experiences and dealings with neighborhood violence, will be shown in its entirety with time for a discussion after.

If you cannot make the screening, the library does have copies of the film series available for checkout, but I will say that it will absolutely be worth the effort to come out if you can. Ivey’s next film, “Youth Rising,” is currently in production, and as this recent Post-Gazette piece by Diana Nelson Jones shows, he and his work have a way of bringing people out to have meaningful discussions about very difficult subjects like race, class, displacement and neighborhood violence, which means that it will be well worth coming out on a cold Tuesday evening in February to watch it with other community members.

The screening will be on the second floor of CLP – East Liberty, at 130 S Whitfield Street, starting at 6 pm. The film is approximately 55 minutes long, and discussion will follow.

Here’s a link to the event on Facebook. We hope to see you there!

A Teen Space of Their Own 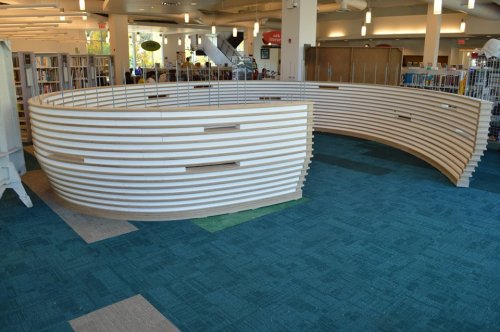 Pictured in late-September 2014, the new Teen space at Carnegie Library of Pittsburgh – East Liberty is seen undergoing the final construction and installation phases. Made possible through the generosity of the Cindy and Murry Gerber Foundation and the input of teens, the new space will give teens a space of their own to hang out, be creative, explore The Labs equipment, read and relax with friends while visiting Carnegie Library of Pittsburgh – East Liberty.

Next week, Carnegie Library of Pittsburgh will join many other libraries around the country in celebrating Teen Read Week, a national adolescent literacy initiative created by the Young Adult Library Services Association (YALSA). It began in 1998 and is held annually during the third week of October. Its purpose is to encourage teens to be regular readers and library users.

The 2014 theme, Turn Dreams into Reality @ Your Library, is especially appropriate for the teens and staff at CLP-East Liberty because on Saturday, October 18, a much-awaited dream of a new Teen space will become a reality. The new Teen space is a place to hang out, be creative, explore The Labs equipment, read and relax. 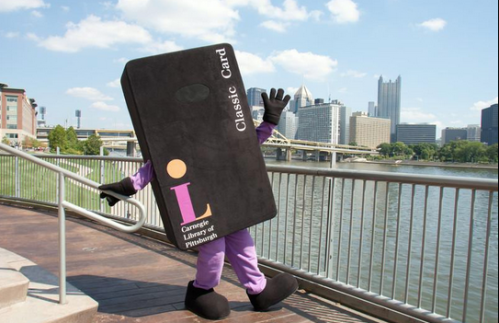 If you’re enjoying today’s blog post with your morning coffee, you’re in luck, because that means there’s still time for you to get a sneak peek at the renovated East Liberty Library!  Stop by and celebrate a new beginning with the Carnegie Library of Pittsburgh before work, school, or play:

If you’re reading this after the fact, don’t fret – you can bring yourself up to speed on the renovation by clicking here for project info and photos.

Are you going / did you go to the sneak preview?  Are you a regular East Liberty library user?  Any memories or impressions you want to share?  Leave us a comment and tell us your thoughts.