‘The Greatest, the Gaudiest Spree in History’*

“In my younger and more vulnerable years my father gave me some advice that I’ve been turning over in my mind ever since. Whenever you feel like criticizing any one,” he told me, “just remember that all the people in this world haven’t had the advantages that you’ve had.”  The Great Gatsby

Although I can’t remember when I first read F. Scott Fitzgerald, as an English major, it was most likely in a short story. To me his writing glittered,  like the 1920s era in which he wrote. I promptly read all his novels but, to this day, I feel the most affinity for his elegant short stories—Flappers and Philosophers was the first collection I read–about the young, carefree, and very rich. 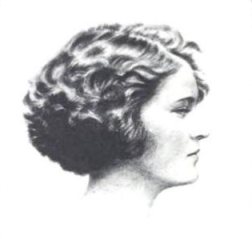 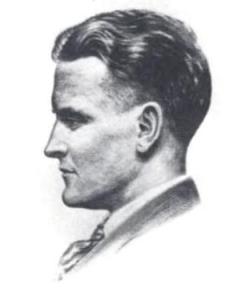 “I want to know you moved and breathed in the same world with me.”

He wrote during the same period as Ernest Hemingway—The Lost Generation–and, indeed, they were rivals of a sort. Both men were alcoholics and both lived as expatriates with their families in France during the 1920s. But Fitzgerald wrote autobiographical and often melancholy stories about youth, money, and the upper class–which he yearned to be a part of– while Hemingway’s writing featured very masculine protagonists and were often filled with tragedy and violence. 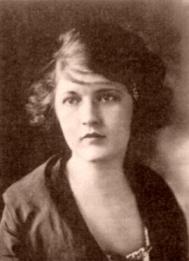 “Youth is a dream, a form of chemical madness.”

Married to the vivacious Southern beauty, Zelda Sayre, the two embarked on legendary madcap adventures, including frolicking in fountains, living at the Ritz Hotel, and throwing wild parties, antics that often got them kicked out of hotels as well as rented houses.

“In his blue gardens men and girls came and went like moths among the whisperings and the champagne and the stars.”  The Great Gatsby 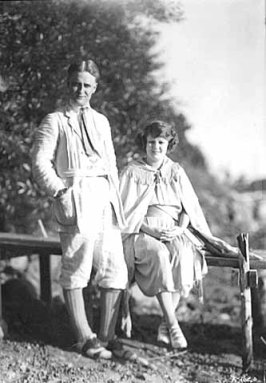 Scott & Zelda, about a month before Zelda gave birth to their only child. Source: Wikimedia Commons

Zelda herself aspired to be a writer–Fitzgerald actually included fragments from her diaries in his second novel The Beautiful and Damned. In fact, she admonished him publicly in a tongue-in-cheek review of one of his books and this created resentment. Well, that as well as her spiral into mental breakdown, possibly caused in part by Fitzgerald’s discouragement.

“It seems to me,” she wrote in her review, “that on one page I recognized a portion of an old diary of mine which mysteriously disappeared shortly after my marriage, and also scraps of letters which, though considerably edited, sound to me vaguely familiar. In fact, Mr. Fitzgerald — I believe that is how he spells his name — seems to believe that plagiarism begins at home.”

Fitzgerald recognized great critical success only after his death. In fact, during his lifetime, he was not a bestselling author. But his great success, in my opinion,  were the short stories, little gems which he claimed he wrote merely  to support his lavish lifestyle between novels; later it supported Zelda’s stays in various sanitariums as well as his daughter’s private school education.

“There is a moment—Oh, just before the first kiss, a whispered word—something that makes it worth while.”

This Side of Paradise

With the May 10 release of the movie remake of Fitzgerald’s acknowledged masterpiece, The Great Gatsby, interest in Fitzgerald’s work may peak once again.

“You are all a lost generation.”

My first favorite author (long before I discovered Jane Austen) was F. Scott Fitzgerald.* Perhaps I read The Great Gatsby or This Side of Paradise  for school or even one of his exquisite short stories (which quickly became one of my favorite genres) in college,  but I somehow stumbled upon the genius and wit of Fitzgerald.  He introduced me to the madcap history that is the 1920s and, in this post, I highlight some amazing true stories that bring the decade to life. 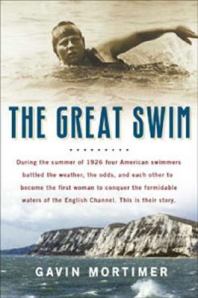 The Great Swim by Gavin Mortimer. Not only does this interesting book tell you the history behind the race to be the first woman to swim the brutal waters of the English Channel, it tells the individual stories and heartbreaks of each of the four women in their quest (and the effect of the event on the winner’s life), the cultural history of swimming and especially women’s swimming as a sport,  as well as the immense popularity of sports celebrities.

Everybody Was So Young: Gerald and Sara Murphy, A Lost Generation Love Story  by Amanda Vaill. 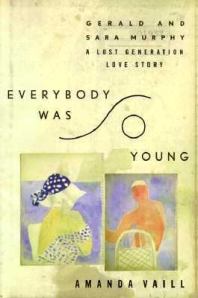 In the 1920s, Gerald and Sara Murphy were like the inventors of the “in” crowd (or to use the slang of the 1920s, the “it” crowd). They seemed to start the trend of leaving the states for Europe where it was much cheaper to live after the Great War. This is their love story but it’s also a history of the expatriate community of writers and artists (which included such luminaries as Hemingway, John Dos Passos, Pablo Picasso, Dorothy Parker, and Cole Porter to name but a few) who lived their dreams of freedom and creativity. It was fun while it lasted. 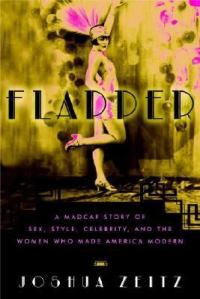 Flapper: A Madcap Story of Sex, Style, Celebrity, and the Women Who Made America Modern by Joshua Zeitz. What a crazy book! The new modern woman comes alive in this cultural history describing the changes in the social acceptance of the independent woman. From the daring swimsuits, the bobbed hair–as an aside, read Fitzgerald’s short story, “Bernice Bobs Her Hair“– and shorter skirts to smoking and drinking in public with men, to the right to vote and individual profiles of fashion designer Coco Chanel, southern belle Zelda Sayre (Mrs. F. Scott Fitzgerald) and actresses Colleen Moore, Louise Brooks, and Clara Bow. Fascinating and wild.

Bobbed Hair and Bathtub Gin: Writers Running Wild in the Twenties by Marion Meade. In this engaging literary biographical 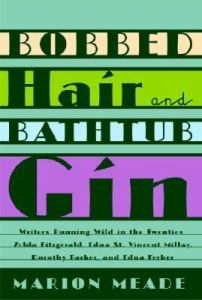 Note: This post is the second in a series about wonderful historical non-fiction books  I’ve read over the years.