The Return Of Adele 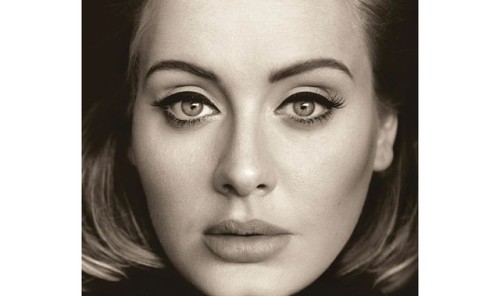 Adele makes her triumphant return to music with her third album 25. It’s been four years since her record-breaking, chart-topping, award-winning, critically acclaimed sophomore album, 21 was released. A few things have changed for her since then. She’s won an Academy Award for Best Song for “Skyfall” from the James Bond film with the same title, she’s in a new relationship, and she became a mom.

Her son, Angelo, makes an appearance on 25 on the record “Sweetest Devotion.” Adele has stated that the song is about the 3 year-old. It’s a very sweet song and is one of my favorites from the album. Another great track is “All I Ask.” It’s beautiful record. On this record, Adele sings about having one special moment with her significant other in case it is their last night together.  The vocals and raw emotion on this song are powerful. “Million Years Ago” to me is a like a sequel to her debut single “Hometown Glory.”  Other reviewers have said the same thing. I’ve made this comparison because both songs deal with similar subject matter. It’s very reflective and reminiscent.

25 is by far no sequel to 21 and that’s a good thing. On this album, Adele experiments with different sounds and it works. “Send My Love (To Your New Lover)” is an upbeat pop record that’s a diss to her ex. I can see this song being huge on top 40 radio. On “I Miss You” Adele is giving a seductive vibe and it works. The song is all about intimacy and about missing being with that special someone. My favorite song on the album (for right now because it’s bound to change) is “When We Were Young.” This song could come off as Adele singing about missing someone romantically or it could also be interpreted as missing a friend or loved one. I fell in love with this song immediately after watching this performance.

25 is a great album and speaking as an Adele fan it was well worth the wait. Since there’s a long wait list for the album there’s a few things you can do in the meantime while waiting for your copy to come in. You can use our music service, Freegal, and download up to 5 tracks from 25 each week. Also, you can listen or re listen to Adele’s previous albums, 19 and 21, which are both available in our catalog. Adele’s concert special Live at the Royal Albert Hall is also available. Last, but not least you can watch the video for  the first single from 25 “Hello” which is dominating the charts and radio airwaves. Happy listening!

5 responses to “The Return Of Adele”