They Didn’t Do the Monster Mash 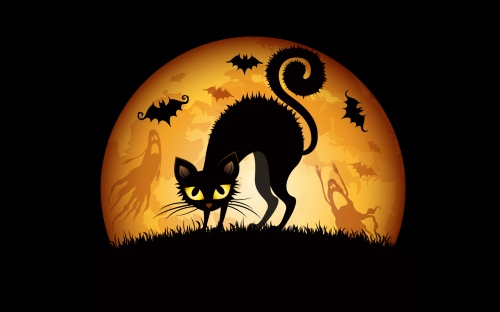 Looking for some creepy and great music for the most wonderful time of the year (and by this I do mean Halloween)? Like all holiday music, the same songs over and over gets a little old. Here is a list that might deaden liven things up:

TV or Movie soundtracks. Think of a creepy TV show or movie — we most likely have the soundtrack.

Coraline Original Motion Picture Soundtrack, by Bruno Coulais: Eerie and lyrical. Performed mostly by the Hungarian Symphony Orchestra, along with a track by They Might Be Giants.

Soundtrack from Twin Peaks, by Angelo Badalamenti: dreamy and moody.

Dracula, composed by Philip Glass, performed by the Kronos Quartet.

George A. Romero’s Land of the Dead Original Motion Picture Soundtrack: Holy Guacamole, is this one scary! Use your judgment if playing this for kids. It is that scary. Another George A. Romero classic.

The Day the Earth Stood Still: Danger! Theremin ahead!

Sound effects recordings on CDs to create atmosphere. A must for any haunted house.

Halloween arrangements to a high-energy synthesizer beat by Mannheim Steamroller (which in itself might elicit a few “Nooooooooooooos!”)

Plus, there’s always The Misfits.