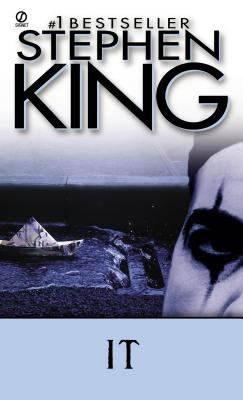 This cover was clearly inspired by juggalos. And nothing is more terrifying than a juggalo. Nothing.

A remake of Stephen King’s It has been languishing in development hell for years. I first became aware of it in 2009 when I started reading the book (which I’ve yet to finish), but it was reported in December 2014 that Cary Fukunaga, the director of the first season of True Detective, would be helming the remake. If you’ve seen True Detective, you know that Fukunaga is more than capable of crafting an unseen horror that is still tangible. While filming of the two-part adaptation is expected to begin this summer, Fukunaga is still searching for the perfect actor to portray Pennywise, the titular It who takes the form of a vicious clown. Tim Curry played the character in the 1990 made-for-television miniseries.

One of the things the Internet loves as much as cats is fan casting. New lists pop up each time an adaptation of a known property is in the works. A simple Google search of “pennywise casting” returns several articles, some dating back to 2009. The names I’ve seen range from wonderfully inspired (Tilda Swinton, Geoffrey Rush), to downright amazing (Willem Dafoe, Michael Shannon), to uninspired (Johnny Depp, Michael Fassbender) to so far out in left field that they might just be fantastic (Nicolas Cage?! Channing Tatum?!). Not to be outdone, I thought I’d throw my own names into the ring. 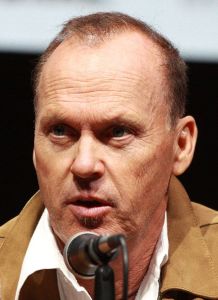 Coming off a Best Actor Oscar nomination for his performance in Birdman or, (The Unexpected Virtue of Ignorance), Keaton is hotter than ever right now and as a fellow Pittsburgher, I couldn’t be more proud. Keaton is always golden in everything he does and while horror films are generally looked down upon by Academy voters (The Exorcist, Silence of the Lambs and The Sixth Sense being exceptions) Keaton might be able to score another Best Actor nom. 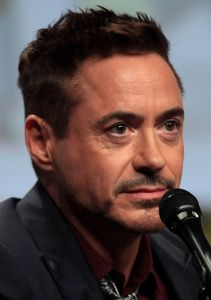 He’s also hot right now, thanks to those small superhero movies he keeps making. I feel like he’s versatile enough (extremely versatile) to pull off the killer clown. And he’s never really played an outright bad guy so it’d be an interesting change of pace. 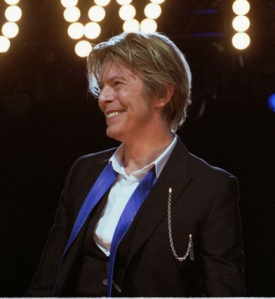 Think of the lanky alien from The Man Who Fell to Earth or the tights-wearing, bulge-sporting Goblin King from Labyrinth. There’s a charm that Bowie exudes in those roles that would make his portrayal even more unsettling. Granted, The Thin White Duke might be a bit too old for it now, but clown makeup could probably make his age a non-issue. 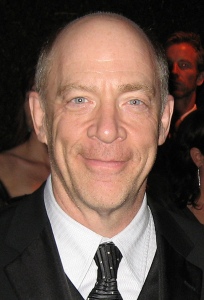 I will openly admit that I have a man-crush on J.K. Simmons (I think it’s those baby blues). I laughed with him in Sam Raimi’s Spider-Man films and empathized with him in Jason Reitman’s films, but he terrified me in Whiplash. Shouldn’t an eldritch evil manifested as a clown do the same thing? 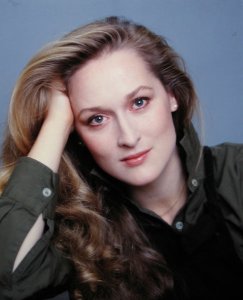 Since Tilda Swinton is in almost every other fancast for this project, I wanted to offer another female name. Streep was wicked in Into the Woods and is obviously a capable actor. However, I feel like casting her might result in a hammy performance, a la Death Becomes Her. That could be scary in its own way, though. 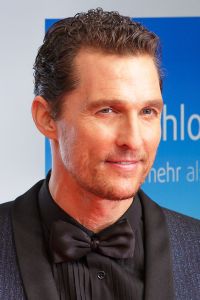 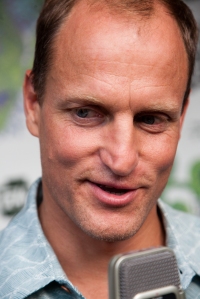 I haven’t checked my history books lately so I don’t know if we’re still living in the McConaissance or not, but picture him as emaciated as he was in Dallas Buyers Club, but  in clown make up and you’ve got yourself a new nightmare for a new generation. And Harrelson can go from friendly to mean and angry at the drop of a hat. It’d be terrifying to see him go from playful to evil. Given the fact that Fukunaga has already worked with both on True Detective, I’d really love to see what they could cook up here.

Ron Perlman? Christian Bale? Tom Hiddleston? The possibilities are endless! Who would you cast as the demonic clown?  Are you looking forward to the remake? Let us know in the comments.

10 responses to “Penny(wise) For Your Thoughts”