And the winner is …

“I do not share the pessimism of the age about the novel. They are one of our greatest spiritual, aesthetic and intellectual inventions. As a species it is story that distinguishes us, and one of the supreme expressions of story is the novel. Novels are not content. Nor are they are a mirror to life or an explanation of life or a guide to life. Novels are life, or they are nothing.” – Richard Flanagan, winner of the 2014 Man Booker Prize for Fiction and author of The Narrow Road to the Deep North

As I was saying, I’ve been a little – okay, fine, call me obsessed – with The Man Booker Prize for Fiction this year.

Finally, after what seemed like endless online speculation from bloggers like yours truly, Richard Flanagan was announced this week as the 2014 winner of the prestigious literary award for a book that took him 12 years to write,  The Narrow Road to the Deep North. 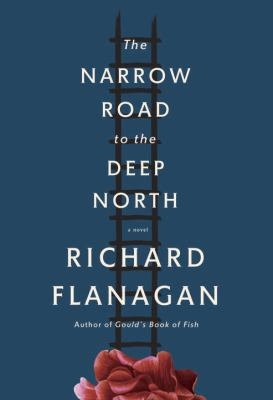 I admit, I haven’t read Flanagan’s novel yet – but it’s high on my list.

That has as much to do with the author’s personal story as it does the plot of the novel itself.  The Narrow Road to the Deep North draws inspiration from Flanagan’s father’s experience as a prisoner of war on the Burma-Thailand “Death Railway” during World War II.

Not my usual fare, this.  But one of the things I’ve tried to do as a Carnegie Library of Pittsburgh staff member is to break out of my literary comfort zone from time to time. It’s good to try a new genre every once in  awhile in order to better talk books with our customers.  I mean, after all, it’s only a book; the worse that can happen is that I don’t like it and I return it unfinished for someone else to potentially enjoy.

I had never heard of Richard Flanagan before he made the 2014 Man Booker Prize for Fiction shortlist; however, in his acceptance speech on Tuesday, Flanagan endeared himself to me and perhaps to many other aspiring authors who may feel as if our roads to literacy greatness are narrowing.

“Much has been made about the death of the novel and the end of literature as it’s seen to be assailed by technology, by the web, by the many and varied new forms of entertainment and culture. I don’t share that pessimism because I think it is one of the great inventions of the human spirit. So it strikes me not as a dying medium but as an ever more remarkable one.”

Here at the Library, we think of books and literature and novels as remarkable things, too.