When It’s Very Cold Outside

When it’s very cold outside I like to read books about people who are even colder than I am. When I sit by my heater and ponder the insanity of those who go outside on purpose, I feel much warmer by comparison. So let’s consider, if you will, the band of hikers in this book.

Dead Mountain: The Untold True Story of the Dyatlov Pass Incident is the rousingly weird story of a group of Soviet students who died under very mysterious and very suspicious circumstances in the Ural Mountains in January 1959.

Basically, they went out on their merry way, caught rides on clunky Soviet trucks and buses, sang lots of folk songs, tramped into the wilderness, and… never returned. A search party eventually found their bodies scattered about their wrecked campsite – food was left unprepared, boots and pants were abandoned, and someone was missing a tongue. Ew. Better yet, tests conducted at the time showed that the bodies were surprisingly radioactive – now things are getting interesting!

The story alternates between the hikers in 1959 and the author in the present, so you get a little about their trip and then a little about the author’s investigation. The chapters are pretty short and often feel disjointed, though I suppose you could just call it “suspenseful” and deal. It’s not quite enough to make you throw the book across the room; rather, it gives you plenty of opportunities to stop and get a fresh mug of hot tea. 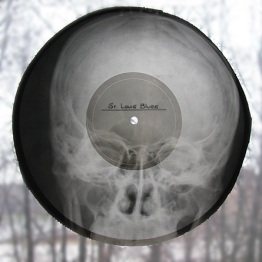 What’s that? It’s roentgenizdat! Image from an article at boston.com; click the picture to read it.

The chapters set in 1959 include a Cold War crash course, with just enough information about the era to help you make sense of things – though as a librarian, I was mildly horrified by the lack of a bibliography. But still, there are some mighty Fun Facts in here. For example, did you know that Soviet students with a hankering for Western music would make their own records out of used x-ray film? They’re called roentgenizdat (“bone records,” more or less) and they are amazing. That one weird fact, now lodged forever in my mind, totally makes up for the short chapters and occasional authorial digressions.

The present-day chapters introduce you to the lone survivor of the group (who turned back early due to illness) and to a fellow who maintains a whole apartment/museum dedicated to the incident – he’s the source of the pictures that appear throughout the book. You also get to see what happened to the formerly swanky university town of Sverdlovsk (like many Russian cities, it’s had a few name changes).

The hikers and a clunky Soviet truck, from the camera found at their campsite. Image from the book’s website, deadmountainbook.com.

But what really happened to the hikers? Of course, conspiracy theories abound – weapons test gone awry, crazed animals, serial killers, and (yes, I know) aliens are mentioned, and since the book is set in the Soviet Union there are suggestions of evil government cover-ups. In the end, the author decides to drag Science into it and comes up with a plausible new theory – but since Eleventh Stack is largely spoiler-free you’ll have to check it out and read it yourself (note: it wasn’t aliens; I don’t mind telling you that much).

6 responses to “When It’s Very Cold Outside”