When I was a teenager, I saw the movie Ragtime  and I was fascinated by the depiction of the history of turn-of-the-century America, the elegant and stylish clothes, and the music. 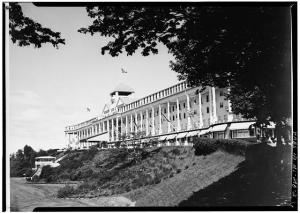 I later learned that this era in history was the latter part of what has been called the Gilded Age. But what exactly was the Gilded Age? Apparently, it was first coined by writer Mark Twain in his book of the same name. Gilded means coated in gold and, during this period (late 1800s/early 1900s), before the income tax, several businessmen–think Carnegie, Frick, and Rockefeller–became outrageously wealthy with all the industrial changes and innovations.

Over the years, I’ve read several non-fiction books about this time period; here are a few I couldn’t put down.

The Devil in the White City: Murder, Magic and Madness at the Fair that Changed America by Erik Larson. Read about the history of the World’s Columbian Exposition of 1893 in Chicago (from its idea to reality), the difficulties in bringing the ambitious fair to fruition within a very limited time frame, the famous names behind the scenes (Frederick Law Olmsted, Thomas Edison, Daniel Burnham), and the hunt for a serial killer amid all the excitement. In case you hadn’t heard, Erik Larson will be at the Pittsburgh Arts & Lectures series on September 24.

American Eve: Evelyn Nesbit, Stanford White, The Birth of the “It” Girl and the Crime of the Century

by Paula Uruburu. Here’s a Pittsburgh connection for you.  In 1906, millionaire Harry K. Thaw of Pittsburgh shot and killed New York architect Stanford White during a performance in Madison Square Garden because his young wife, entertainer & artists’ model Evelyn Nesbit, had had an affair with White years before their marriage when she was a teenager. Thaw was declared insane but White’s reputation was tarnished forever. And as for Evelyn? This is her story. Incidentally, this story is mentioned in the book, movie, and musical, Ragtime. 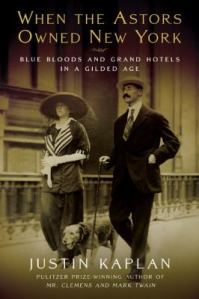 When the Astors Owned New York: Blue Bloods and Grand Hotels in a Gilded Age by Justin Kaplan. Ah, the old beautiful luxury hotels! The author describes the history of the elegant and exclusive hotels in turn-of-the-century New York city, describing the families who built them, the culture of the leisurely life of the very rich, and the gorgeous architecture of the buildings themselves.

*This is the tenth in a series of recommended historical non-fiction.